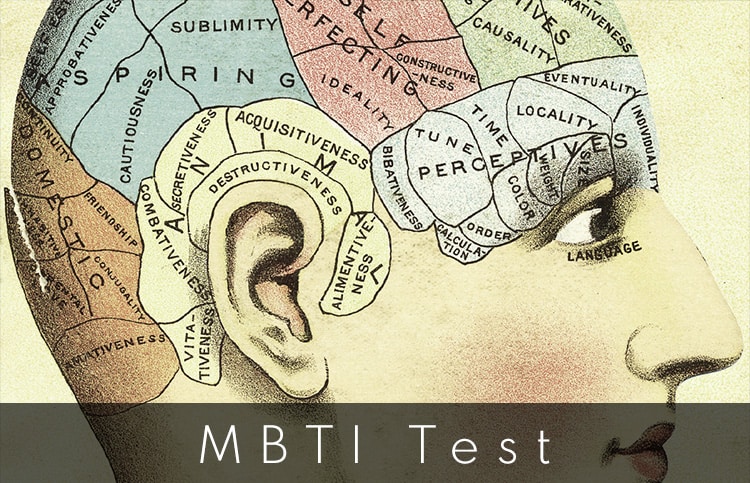 One of the most widely cited personality tests globally is the Myers-Briggs test. As this test is comparatively easy to use, nearly 2 million US adults go through this test every year. The Myers-Briggs Type Indicator is also extensively used in hundreds of universities. Companies, both small and Fortune 500, too, are using this test for hiring and training employees.

The organisation that creates and promotes the test makes approximately US $20 million every year. However, despite this huge popularity, the Myers-Briggs test is repeatedly debunked by various experts and psychologists as a meaningless testing tool. Let us now find out:

What is the Myers-Briggs Type Indicator and its Purpose?

The Myers-Briggs Type Indicator (MBTI) is a self-report inventory designed by Katharine Cook Briggs and Isabel Briggs Myers in 1942. The mother-daughter duo was inspired by the famous Swiss psychiatrist Carl Jung’s personality theory of ‘analytical psychology’. They devised this test to determine an individual’s type of personality, strengths, and inclinations.

Being a keen observer, Cook believed that although each person is different, certain shared traits can categorise human beings into a particular personality type. Katharine and Isabel further developed Jung's theory to categorise four pairs of opposing psychological features.

Based on their theory, every person’s features incline towards one of the types within each pair. The individual draws from their preferences, aversions, strength, weaknesses in selecting appropriate jobs and establishing compatibility with other individuals. At present, the MBTI test has two versions. The North American version comprises 93 questions, whereas the European one has 88 questions. For each query, there are two different choices from which the test-giver can choose. The questionnaire has been designed to measure the following four characteristics:

Jung’s analytical psychology theory initially explored this extraversion-introversion dichotomy. He used this characteristic to define how individuals respond and mingle with others around them. Although most people are well acquainted with these terms, Katharine and Isabel have used these terms in their tests with slightly different connotations. Extraverts or extroverts generally tend to be ‘doers’ who relish regular social interactions and are invigorated after spending time with other individuals.

On the other hand, introverts prefer deep and thought-provoking social interactions and spending quality time in their own company. This helps them feel revitalised after meditating on serious issues. According to the MBTI, all humans exhibit an inclination towards extroversion and introversion to a certain degree.

This contrast scale shows how individuals collect information from their environment. As with the previous dichotomy, although most people sense and feel intuitive simultaneously, some people tend to be more dominative with either of the traits.

Those who are fond of sense pay great consideration towards the information they can sense and appreciate the practical experience. On the other hand, people who are intuitive focus their attention more on impressions and patterns. They are more imaginative and believe in abstract theories.

In this contrast scale, the focus is on how individuals make final decisions depending on the data collected by sensing or intuition. Although people can think and feel at the same time, some individuals prefer to make decisions after considerable thought on gathered facts and data. Likewise, some people come to any decision based on their feelings and emotions.

This scale shows how individuals transact with the external world. While some people judge, others prefer perceiving. People who are more judgmental tend to have very strong likes and dislikes. In comparison, those who are perceptive are more open-minded and flexible in their attitude.

To classify different personality types, the MBTI has created 16 diverse typologies. The typologies are founded on the dominant side of each scale. For example, an individual who prefers Introversion, Sensing, Thinking, and Judging together can be classified as an ‘ISTJ’. Here is a list of typologies based on an individual’s preferences and traits:

Why is the MBTI test popular with Talent Acquisition teams across the globe?

Recruiters around the world are flooded with thousands of applications for one open position. Systematically placed barriers allow recruiters to only spend time interviewing the most eligible candidates. One such filter/barrier is the pre-employment personality test. One third of HR professionals use personality assessment tests to filter out possible hires according to a survey from the Society of Human Resource Management(SHRM).

Myers-Briggs Type Indicator(MBTI) is used by 89 of the Fortune 100 companies to hire new talent according to the publisher of the test, CPI. The 16 personality types help TA teams in determining whether a candidate would be a good cultural fit for the company and how well they would be able to assimilate into their new team and role.

However, since the test results are neither scaled nor normalized, CPI itself gave out a statement saying that using MBTI to hire or reject candidates is not a scientifically or ethically correct approach and companies should refrain from using the MBTI results as the sole deciding factor. The test can be best put to use in determining the type of work a person would be happiest doing or the type of environment that will accelerate their growth the fastest. In no capacity the MBTI tests can be used to compare candidates or make decisions based on its results.

Why is the Myers-Briggs Test Meaningless?

Despite the mass popularity of the Myers-Briggs test, several psychologists censure it. The theory has been judged as meaningless and unscientific, and the test has been criticised for several reasons over the years. Here are some prominent points of criticism:

Contemporary psychologists who focus their research on understanding and assessing human behaviour have ignored the theory of Myers-Briggs. A scan of a major psychological journal on examination of personality tests will show various theories, and tests have been prepared on human behaviour analysis in the last few decades since the Myers-Briggs personality test was popularised.

However, there are hardly any psychology journals that published the Myers-Briggs theory. Only a few analysis reports are published on this test to describe its flaws. Even the three principal psychologists of the CPP company who published the test did not use the theory in their research work.

Aside from the introversion and extroversion part of the Myers-Briggs, the more current, observationally determined test versions centre on various classifications. The five-factor model estimates individuals’ receptiveness, good faith, extroversion, appropriateness, and neuroticism — factors that generally vary among individuals, as shown by real information gathered.

Also, there’s some proof that this plan may have some prescient force in deciding individuals’ capacity to be fruitful at different positions and in different circumstances.

The test is based on unverified theories

In 1921, Jung distributed the book ‘Psychological Types’. In it, he set forth a couple of various fascinating, unsupported hypotheses on how the human cerebrum works. The classifications made by Jung, however, didn’t emerge from controlled investigations or information.

Later on, Katharine and Isabel created the MBTI, neither of whom had formal training in psychometrics or mental evaluation. Briggs acquired a degree in horticulture and Myers in political theory.

Hypothetically, individuals may use and benefit from the Myers-Briggs test if it can correctly indicate the category to which they were closest. However, the result of the test is very unpredictable. The qualities that the test intends to gauge aren’t the ones that are reliably different among individuals; over time, the traits vary depending on the frame of mind at the time of taking the test.

As a result, an examination has discovered that 50% of individuals face an alternate outcome the second time they go through this exam, regardless of whether it’s only a few weeks after the initial test. Another indication the Myers-Briggs is off-base is that few unique investigations have shown that it’s not especially compelling to foresee individuals’ prosperity in various official positions.

With most attributes, people fall on various focuses along with a range. If you try to find out if they like to think or believe, or whether they like to pass judgment or see, the majority will reveal to you a bit of both. Jung himself noted that the parallels were helpful perspectives about individuals, yet conceded no individual could be an unadulterated extrovert or an unadulterated loner.

Genuine information tells experts that these attributes don’t have a bimodal circulation. Analysts state they are not a compelling method of recognising distinctive character types. A gathering of individuals collaborating, for example, shows that, as Jung noted, they aren't unadulterated social butterflies and loners. For the most part, individuals fall somewhere in the middle of these two personality types. Every one of the four Myers-Briggs classifications has these issues.

Many experts have assessed the old but popular Myers-Briggs and have discovered it to be off-base and self-assertive. The only reason it has existed for so many years in the corporate world is experts have continuously ignored the existence of this test. They have conceived better frameworks for assessing an individual’s character. We should quit utilising this obsolete test in favour of something different and meaningful.

How to Reschedule a Job Interview With Examples

What is Time to Hire? A Comprehensive Guide

A Recruiter's Guide to Lateral Hiring

Ageism in the Workplace

Check out all 136 Blog Posts