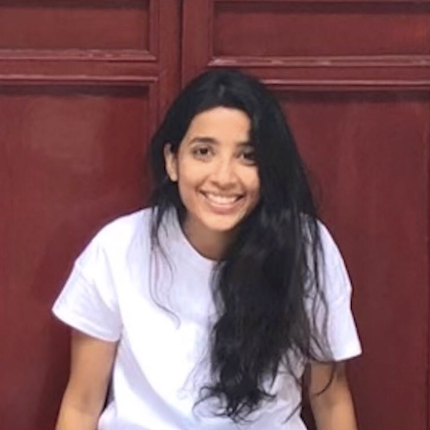 Nearly everyone feels stressed at work and is forced to prioritise on an everyday basis. As multiple tasks are juggled and balanced, the most urgent, or most important, tend to get picked up first. In this balancing act, the seemingly less critical tasks often fall away to the side-lines. Unfortunately, some of the ostensibly less important tasks could have a long-lasting impact.

Keeping consistent communication with job candidates, and cleanly closing the conversations with unsuccessful candidates is one such seemingly reward-less task. But not doing it could erode organisational brand equity in the long-term.

Why is ghosting so prevalent?

Recruiter ghosting could occur when an organisation, often represented by human resources (HR), suddenly goes silent during the hiring process. It may occur after just an initial interaction, when a recruiter goes silent because the candidate is found to be unsuitable. It may happen, in more extreme cases, after multiple rounds of interviews, when the recruiter decides on hiring someone else.

Whatever the extent of interaction may have been, no job seeker likes to be ghosted. But it has been around for years. It is widely believed that prospective employers have greater control in the job seeker-employer relationship, and that the latter could possibly let the ball drop on job candidates, without major repercussions.

While it is still true that there are fewer jobs than individuals seeking them, it is no longer true that organisations are un-impacted by their callousness. Ghosting reflects poorly on the recruiting firms; it makes them look unorganised, unprofessional, and lacking in basic courtesy and manners. While individual recruiters may not view it as such, this impression does lasting damage to their organisation’s ability to hire the right talent.

How does ghosting affect an organisation?

While the effect of ghosting may not be immediately apparent, it could potentially diminish how an organisation is perceived in the world, especially as an employer. Given how deeply the internet is entwined in the world today, the time taken for a negative image to spread is far lower than in the past. There is also no easy way to wipe away the negative goodwill generated by candidates who have had an unpleasant experience while hiring. Some of the major aspects impacted by ghosting are listed below:

While a company’s products and services may define it for the world at large; for a recruiter, it is the company’s image as an employer and its existing employees that are most critical. Any individual looking to join an organisation would consider these two aspects above all else. And an unresponsive recruiter is every candidate’s worst fear – it leaves them in a position of helplessness and lack of clarity, which is a far from encouraging trait about a future employer. It is important that candidates are kept abreast of their status in the recruitment process. The absence of clear communication could change how a candidate views the recruiting organisation, and may affect even the decision to consider continuing with a recruitment process with a poor communication channel.

People talk. Oftentimes, candidates are also well-connected with each other, which means they are likely to share their experiences and discuss their impressions about an organisation. While the intensity of a candidate’s misgivings towards the recruiting organisation may vary, it is expected that the candidate will not only infer that the recruiters are poor managers; but will also spread the word based on their experience. Even if there is no physical connection, job seekers increasingly rely on online portals to post and seek reviews on organisations. Negative reviews will affect the kind of future applicants an organisation will get, and the high-performance bracket of the talent pool will likely sit out if an organisation has consistently bad reviews.

Just like a brand for marketing, HR branding can also erode based on consistently bad publicity. A negative impression on an organisation will be a lasting deterrent that could impact its hiring over the long-term. And all this is completely avoidable, and can easily be addressed.

Hiring is often dependent on establishing trust and relationships quickly. Many candidates take or reject job offers based on the strength of the relationship they perceive with the recruiters. Separately, it is useful to recall here that not all recruitment plans go as expected; and it is not uncommon to reconsider a candidate who was previously considered not suitable.

Calling a once-ghosted candidate puts the recruiter at an immediate disadvantage. Furthermore, an easy to overlook fact is that while recruiters can forget the people they ghosted, owing no doubt to the volume of hiring they deal with, job seekers rarely forget the organisations that ghosted them. This past sin, therefore, becomes the starting point of the new engagement.

Even if the candidate engages with a recruiter who once ghosted them, they will no doubt view the organisation’s hiring process with some trepidation, which will translate into their approach towards the employer even if the hiring is concluded.

Keeping a good company profile is particularly critical in industries which hire for specialised skills. Given the small pool of applicants that these organisations have to choose from in the first place, antagonising the talent pool due to indifference is amongst the worst business practices.

Risk of appearing out of touch

Organisations have always had to stay current and safeguard their reputation to attract the right talent. Just like everything else, even hiring will not remain the same post-COVID-19. There is an increased focus on ensuring people’s wellbeing, both physical and mental. Even as most organisation policies for wellness are internally focused towards their employees, how applicants are treated could gradually emerge as a paradigm for assessing the professionalism of an organisation.

Being professional about keeping the communication channel open with job candidates, or closing it as appropriate instead of leaving it unattended, will likely become a factor to differentiate the boorish firms from the cultured ones.

After years of being treated heartlessly by employers, a new trend is emerging. Prospective employees are now making themselves absent from interviews, or even not making an appearance on an agreed date of joining. It is still an emerging trend, but it is something that recruiters have to bear in mind when they go invisible to candidates. It is more likely that a once-ghosted candidate will find it normal, even acceptable, to ghost an employer.

A definite way to curb this trend in its nascency is to improve communication and maintain an honest relationship with candidates, which will likely ensure that communication from the candidate also stays strong.

How can it be avoided?

Recruiters are often an overworked and rarely thanked lot. There is sometimes an unreasonable number of applicants, or there is always some other more important task to finish. Probably the perfect candidate for a role is already interviewed, and the recruiter has to cajole them into joining the organisation. Given the unrelenting stress in people-focused jobs, it is tempting, maybe even necessary sometimes, to select what is necessary and drop the rest.

Because it is so easy to disregard is probably a reason to pay more attention to avoid ghosting candidates.

As recruiters, it is easy to be forgetful about the fact that job candidates are evaluating a career move, and an interview is not just ‘another day in the office’ for them. Job seekers will always want an update. Keeping that in perspective would highlight how imperative it is to maintain communication with a candidate, who is dependent on the recruiting firm for an update on their careers.

There are simple ways to avoid recruiter ghosting, which can be chosen from, based on the size and level of technical integration within an organisation:

In conclusion, it is time to address recruiter ghosting, which has an effect on both parties involved in the hiring process. While a job seeker is denied closure on an application that could progress their career, organisations damage their own image in the process. Ghosting is easy to address and remedy. It takes commitment to communicate effectively on the employers’ part to make a systemic change. There are multiple tools, like ATS, which could be deployed to address this simple, yet crucial, step in the hiring process.