What is Virtual DOM?

Virtual dom is an in-memory tree representation of the real DOM with lightweight elements. It provides a declarative way of DOM representation for an app and allows to update UI whenever the state changes.

What are some ways of styling a react native component?

What is the difference between RCT & RNT?

JSX is a way for writing xml code along with javascript, known as javascript extension. It is used most of the time to create react native user interfaces.

What are native apps?

What is Render () in React Native?

It is mandatory for every react native component to have a render (). One single react element is returned by Render that is representation of native DOM component.

It provides Fetch Functions to request Http Requests to another server.

What are the advantages of native apps over hybrid apps?

What is React Native Apps?

React Native Apps are not web applications. These types of apps are running on mobile devices, and cannot load over the browser. Also, they are not hybrid apps that build over Ionic, Phonegap, etc. which can run over WebView component. They are the real native apps built in a single language JavaScript with the native components to run on mobile devices.

Name at least one style property that can increase tappable area around an element.

What are components of Redux?

Name a few companies that are built using React Native.

What is difference between React Component and React Element?

React Component is either a class or a function which accepts input data, and returns React element. On the other hand, react element does not create react component, but instead it only displays its look.

How to test if a node_modules would run on React Native? do you know which will run fine?

All node_modules, as any real javascript library, would run fine if they don’t rely upon Node.js run-time modules or web-specific intentions. There is no defined way to test the compatibility of any node_modules.

What are best UI Components for React Native?

What is the difference between React Js and React Native?

What is the storage system in React Native?

React Native uses AsyncStorage class to store data in key-value pair which is global to all app.

These are used to change from one scene to another scene.

What is React Native?

Tell us some options of storing persisting data in a react native app.

It helps in viewing the large content using a scrollbar.

What is props in React Native?

Props are parameters which are used to customise a component at the time of creation and on re-render. Props are like arguments passed to a React component.

Can we combine native ios or android code in React Native?

Yes. iOS and Android can be combined in React Native.

What is the use of XHR module in React Native?

XHR HttpRequest is an API, which is utilized for implementation of HttpRequest in order to post data on a server.

How does React Native deals with a variety of screen sizes?

What are animations? How will they work in React Native?

Animations are manipulative images or objects that appear as moving objects. We can use animations with React Native API, Animated.decay, Animated.parallel and Animated.stagger.

How is React Native different from other frameworks for developing a mobile application?

Is there browser IDE for react native?

Yes, there are Browser IDE for React Native.

Flex or flex boxing is a technique to distribute different components in react native apps. You can distributes react native views horizontally, vertically, provide space in between or space around.

What determines the size of a component and what are the ways?

Render Props is a technique in which react components are transformed into DOM nodes which are understood by the browser.

React Native does not support HTML.

What are the disadvantages of using React Native?

What is Cross platform application development?

Cross Platform Application Development is a platform for creating different software which are supported by multiple mobile operating systems.

Why does React Native use Redux?

Redux is a standalone state management library that React Native use to simplify data flow within an app.

How does React Native load data on Server?

React Native consumes Fetch API to load data on the Server when needed.

How can you improve the performance (load speed, rendering quality) of images?

What are the advantages of using React Native?

What are hybrid apps?

How do you run a React Native app on Android?

What is the difference between controlled and uncontrolled components?

Style is a core component used in React Native. To make an app look stylish, we use Style Core Component to decorate it.

Why do we use curly brace while importing some library?

Curly braces are used to import small pieces of library.

Flexbox is used to give a consistent layout on different screen sizes.

What are the other modules need for react native navigation?

What are the similarities between React and React Native?

Both, React and React Native uses:

Who is Founder of React Native?

What were the major problems with MVC framework?

How can you pick up camera images in React Native?

React Native Image Picker is a module, which helps you in picking images from your library or directly from camera.

What are the types of data that control a component?

What are keys used for in React Native?

Keys are used for making a component unique after a change.

It is defined as a container, which supports layouts such as some touch handling, flexbox and more.

What does NPM stand for?

How does Virtual DOM work in React Native?

What is the point of StyleSheet.create() in React Native?

In React Native, StyleSheet.create() send the style only once through the bridge to avoid passing new style object and ensures that values are immutable and opaque.

How many threads run in React Native?

What are Refs used for in React Native?

Refs provide you direct access to a DOM element or a components instance.

What does NPM do?

What are the steps to create your first React Native Apps?

What is state in a React component?

How do you tell React to build in production mode and what will that do?

Typically you’d use Webpack’s DefinePlugin method to set NODE_ENV to production. This will strip out things like propType validation and extra warnings. It is also a good idea to minify your code because React uses Uglify’s dead-code elimination to strip out development only code and comments, which will drastically reduce the size of your bundle.

When would you prefer a class component over functional component?

What strategy would you use to optimize a large list of items on FlatList?

When do you use a TouchableHighlight?

The TouchableHighlight can be used where you would use a button or link on the web. The background of this component becomes dark on pressing it.

How do you re-render a FlatList?

do you know about FlatList in React Native and its advantage over scrollview?

FlatList is a component used to display a line of data. FlatList is often used to display long lost of data where the number of items could fluctuate. It renders only the element in focus on the screen, not the whole list, thus it is better to use FlatList rather than scrollview.

Have you heard of Listview?

It comprises of a list of items that are displayed in a scrollable vertical list. It is a core React native Component.

What is Axios in React Native?

With the help of Axios, the user can send GET, POST, PUT, and DELETE requests to the REST API and render a response to the application.

Why animations very clear and important in React Native?

How can you keep animations from being blocked on the JavaScript thread? Describe how this works and explain some of the limitations.

What is a Fragment and why would you use one?

What is the use of ScrollView component?

Can you provide some ideas on how to prevent memory leaks in your app?

Using Xamarin, you can build iOS, Android Windows, and Mac apps. That means it is a cross-platform framework, but it uses c# for development rather than javascript, unlike React native.

What is Style Vs Stylesheet in React Native?

When would you use ScrollView over FlatList or vice-versa?

TouchableHighlighy is a wrapper for making views respond properly to touches. On press down, the opacity of the wrapped view is decreased, which allows the underlay color to show through, darkening or tinting the view. TouchableHighlight must have one child.

How are Hot Reloading and Live Reloading in React Native different?

What is the use of a React native packager?

Which database is best for react native?

Why is the InteractionManager important?

React Native has only one thread for making UI updates which can be overloaded and result in drop frames. Developers use interaction manager to ensure that the function is only executed after the animations occurred so that any frame drops may not result.

What do you mean by component-driven development?

The process of breaking the entire UI into various minor reusable components and developing them alone. Thus building entire UI by adding those independently built reusable components. It leads to faster and robust development of applications. It results in less code, thus less maintenance and fewer bugs to fix.

What is Fabric in React Native?

Fabric is the new React Native architecture proposed by the community to make the mobile application user experience close or even better than the native apps.

What are features of presentational/dumb components?

What is meant by HOC in React Native?

HOC is a technique in React Native, which allows you to reuse component logic. HOC takes a component, and gives back new component.

What happens if you edit a module that only exports React components in Fast Refresh?

If you edit a module that only exports React component(s), Fast Refresh will update the code only for that module, and re-render your component. You can edit anything in that file, including styles, rendering logic, event handlers, or effects.

What is Render Props Pattern?

What are the 3 principles of the Fabric Architecture of React Native?

Explain the re-architecture of React Native and the importance of the changes?

What JavaScript engine does React native use?

In most cases, React Native will use JavaScriptCore, the JavaScript engine that powers Safari.

What are the features of Container/Smart components?

In Fast Refresh, what will happen if you edit files imported by modules outside of the React Tree?

If you edit a file that's imported by modules outside of the React tree, Fast Refresh will fall back to doing a full reload.

What is the Gesture Responder System?

Gesture Responder System is a system that manages the lifecycle of the applications which are built in React- Native framework.

What is meant by InteractionManager?

do you know how can you detect memory leaks on the app?

Xcode and Android studio provide tools to track the memory used by an app. These tools can be used to test the app on both devices and simulators.

What is "Fast Refresh"?

What happens if you edit a module where the exports aren't React components in Fast Refresh?

If you edit a module with exports that aren't React components, Fast Refresh will re-run both that module, and the other modules importing it. So if both Button.js and Modal.js import Theme.js, editing Theme.js will update both components. 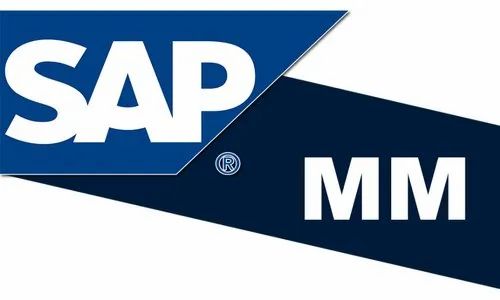 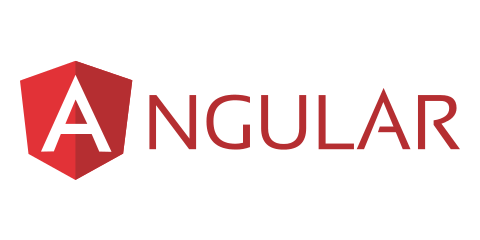