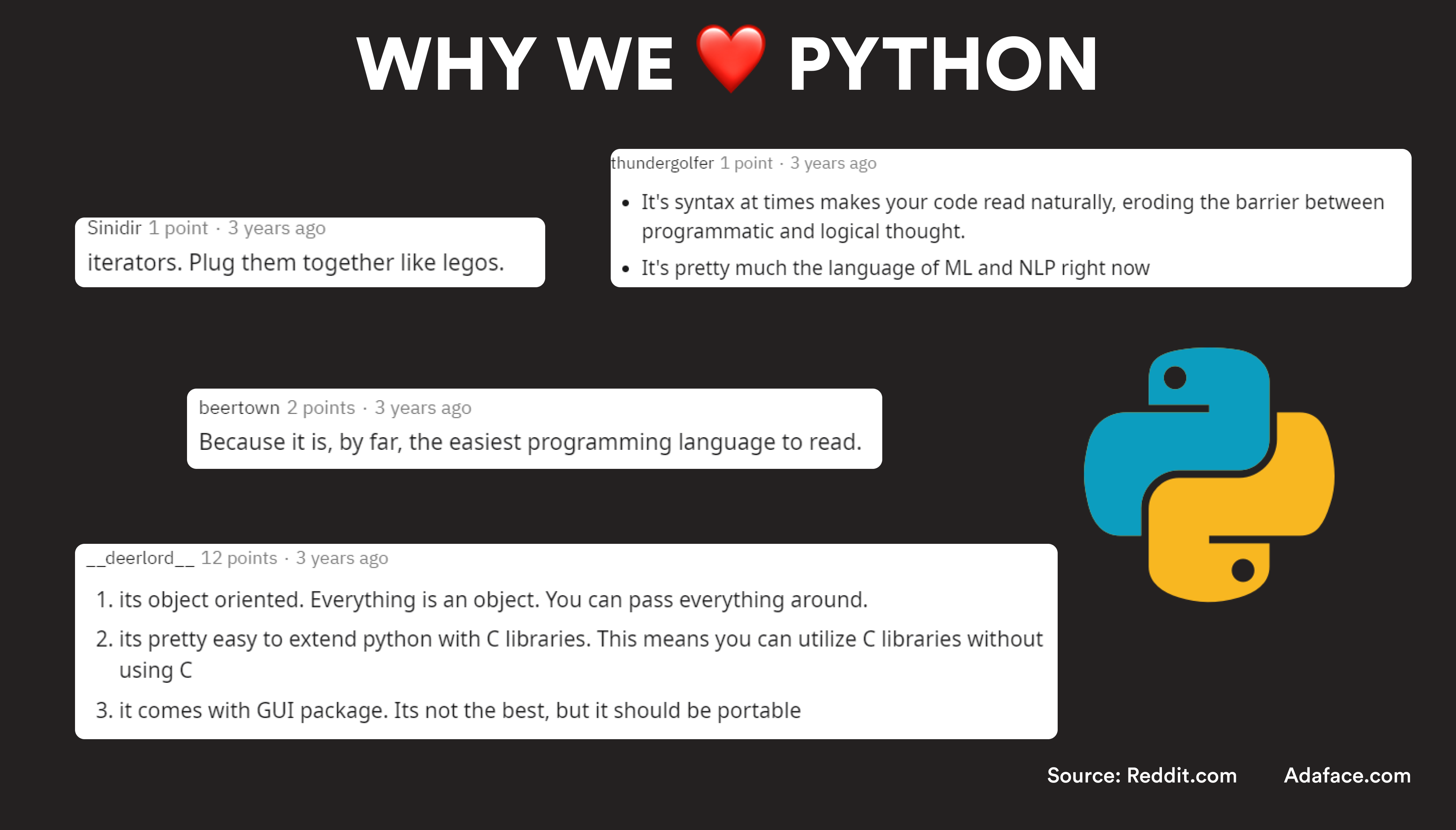 From its inception in 1991 and even after almost two decades, Python has steadily but righteously, become the world's most popular programming language for developers and organizations alike.

From creating a simple website backend to game development to complex Machine Learning algorithms, Python and its family of libraries have steadily evolved due to open source contributions. This article throws light on what the global market expects and offers Python developers.

According to the PYPL PopularitY of Programming Language Index, Python is the most popular language, which grew by 25.9% in the last 5 years.

Who is a Python Developer and what do they do?

A Python Developer is someone who is usually in charge of designing, coding, and delivering software applications using the Python language.

Python programming language has been extensively used for web development and data analysis. The fields of Data Science and Machine learning are now effectively utilizing Python developers for complex AI algorithms and applications. Because of this, there is a dramatic increase in their current salary trend and the need for developers with experience in Python.

Because of its ease to use, corporate sponsorships, and a supportive open-source community, Python has gained favoritism among developers of all ages. It is the second most popular choice after R language to use for Data Science and Analytics (DSA). Libraries such as TensorFlow for neural networks and OpenCV for computer vision are being used in thousands of machine learning projects every day.

69% of Machine Learning Engineers and Data Scientists now use Python (compared to 24% of them using R).

The different job roles of a Python developer

According to SlashData, Python has surpassed more than 8.2 million active developers with the language being most popular for Machine Learning and IoT applications.

The average data scientist salary in India is around ₹708,012 or $9363, and that in the United States is around $113,436, according to Glassdoor. We highly recommend the Data Scientist Salary guide to know more about how the salary of a Data scientist changes across the globe and the factors affecting their salary.

AI and ML frameworks such as PyTorch, OpenCV, and TensorFlow are popularly used among developers and are in-demand skills for 2021.

Python web development frameworks such as Django and Flask have helped create amazing web applications. As a result, the demand for Python web developers is rapidly growing. The development market itself is seeing a trend of migration of organizations that preferred using PHP/.NET in the backend towards a Python backend.

Of all websites that use Python as their server-side programming language, 56.6% of them use Version 2.

The average python web developer salary in India is around $4068, and that in the United States is around $118974.

Some of the primary factors affecting the salary of Python developers are listed below:

To understand how python developer salary can change based on the above-said factors, we are going to consider data from India and the US.

Python Developer Salary Based on Experience

Python Developer Salary Based on Location

The average annual salary of a python developer in India is around ₹577,616 or $7644. In India cities such as Gurgoan and Bangalore which are an established hub of international IT organizations, pay Python developers with the highest salary in the country.

The average annual salary of a python developer in the US is $120365. The states of New York, California, and Washington DC pay Python developers with the highest salary in the country.

Python Developer Salary Based on Skillset

According to recent research conducted by CV Compiler, additional skills such as knowledge of version control systems, database management, and working experience in a Linux environment are seen as essential and in-demand skills by employers. Experienced employees with such skillset have a chance of increasing their salary accordingly. 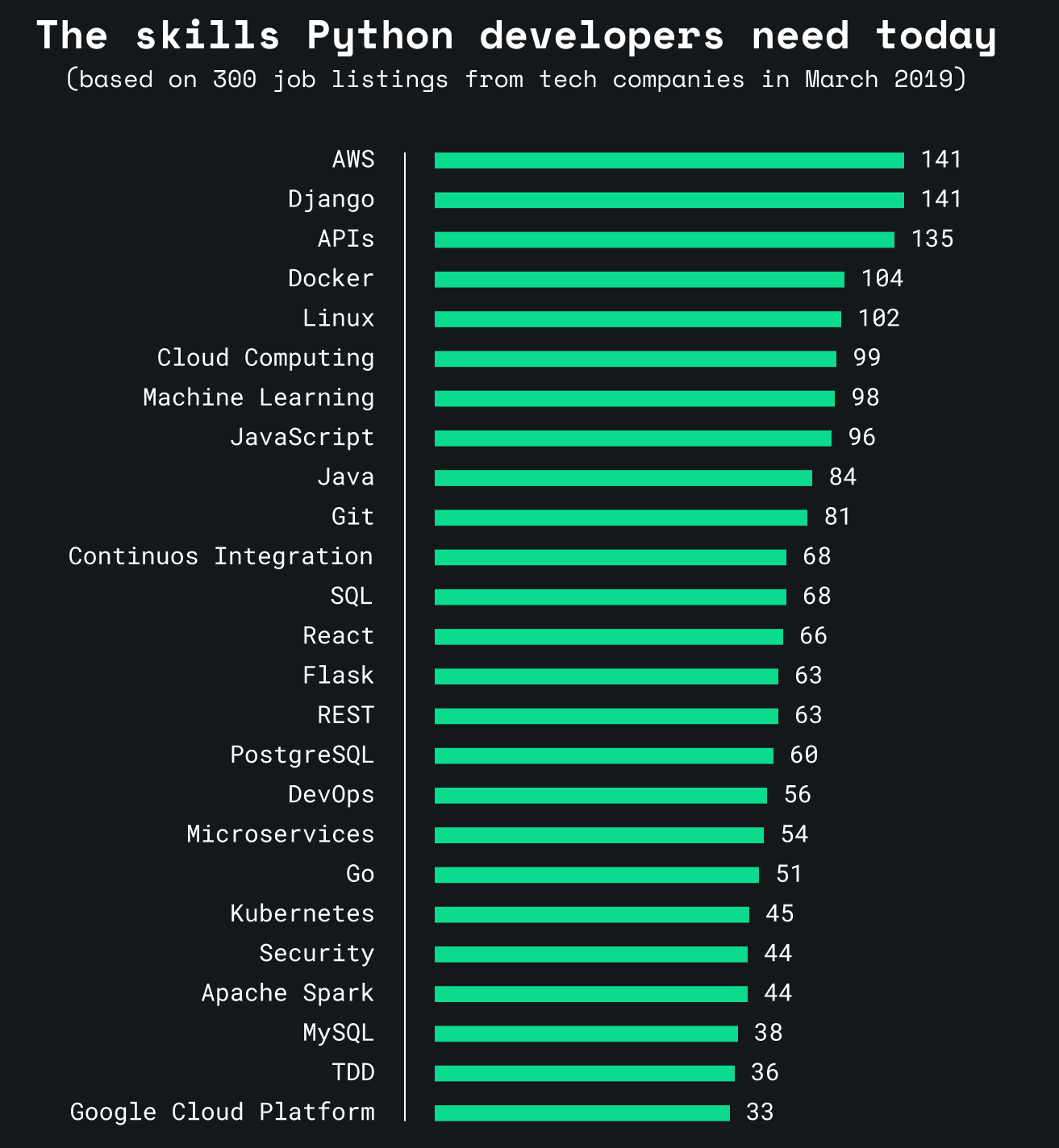 Also, how strong/familiar you are with the essential added skills plays a vital role in your selection process. Organizations conduct a python online test to assess the basic python skills of a candidate.

🔥 Hot-Tip: Use our Data Scientist Job Description for your hiring needs.