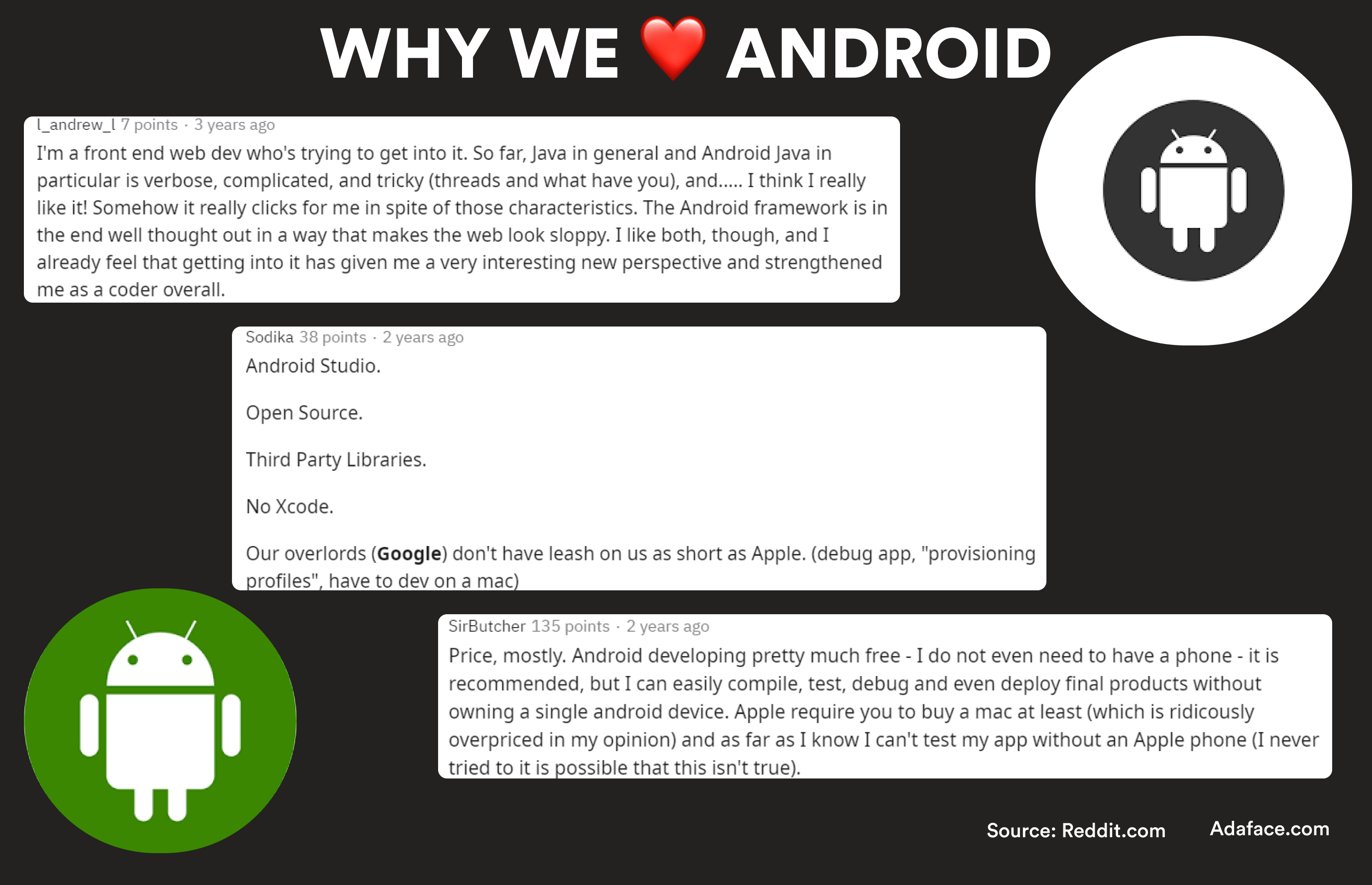 With over 3.5 billion smartphone users in the world and with the forecast of growing over the 3.8 billion mark by next year, the use of hybrid and native mobile applications is growing on a massive scale.

Countries such as China, India, and the United States have the highest number of smartphone users, with each country easily surpassing the 100 million user mark.

The Android operating system (OS) was officially released in 2007 and is now the adopted system for almost every app developer other than those who develop applications for the Apple and Symbian operating system. The majority of those who pursue a career in mobile application development choose to become either an iOS developer or an Android developer. This article attempts to shed light on what the global market expects and offers Android developers.

Who is an Android Developer and what do they do?

They are tasked with creating applications that can range from simple applications such as a calculator app to complex applications like a multiplayer game app.

Below are some of the reasons why Android app development is preferred among developers:

Java is the main programming language when it comes to the development of Android apps. Because of this apps are easily transferrable to other mobile operating systems such as Blackberry, Symbian, etc.

Easy and quick to learn

Easy availability of resources and flexible methods of development makes it extremely easy and quick to develop applications on the Android platform.

Another added advantage that the Android environment has over other platforms is it being an open-source leader. Manufacturers of smartphones and tablets can easily access the platform and mold it to their needs. This promotes creativity which leads to applications with better quality and functionality.

Because of its open-source platform, the majority of smartphone manufacturers use Android as their OS, growing the smartphone market day-by-day.

The average Android developer salary in India is around $5982, and that in the United States is around $86,121.

Some of the primary factors affecting the salary of Android developers are listed below:

To understand how Android developer salary can change based on the above-said factors, we are going to consider data from India and the US.

Android Developer Salary based on Experience

Based on the experience of the candidates, there are three main types of android app developers – beginner (entry-level), mid-level and senior.

Beginner application developers are people who have just started working in the field of mobile app development. These developers are required to have at least one-two functioning apps in the Android market place. Familiarity with Java, Android SDK, and version control systems (like Git) is important for Entry-level app developers. 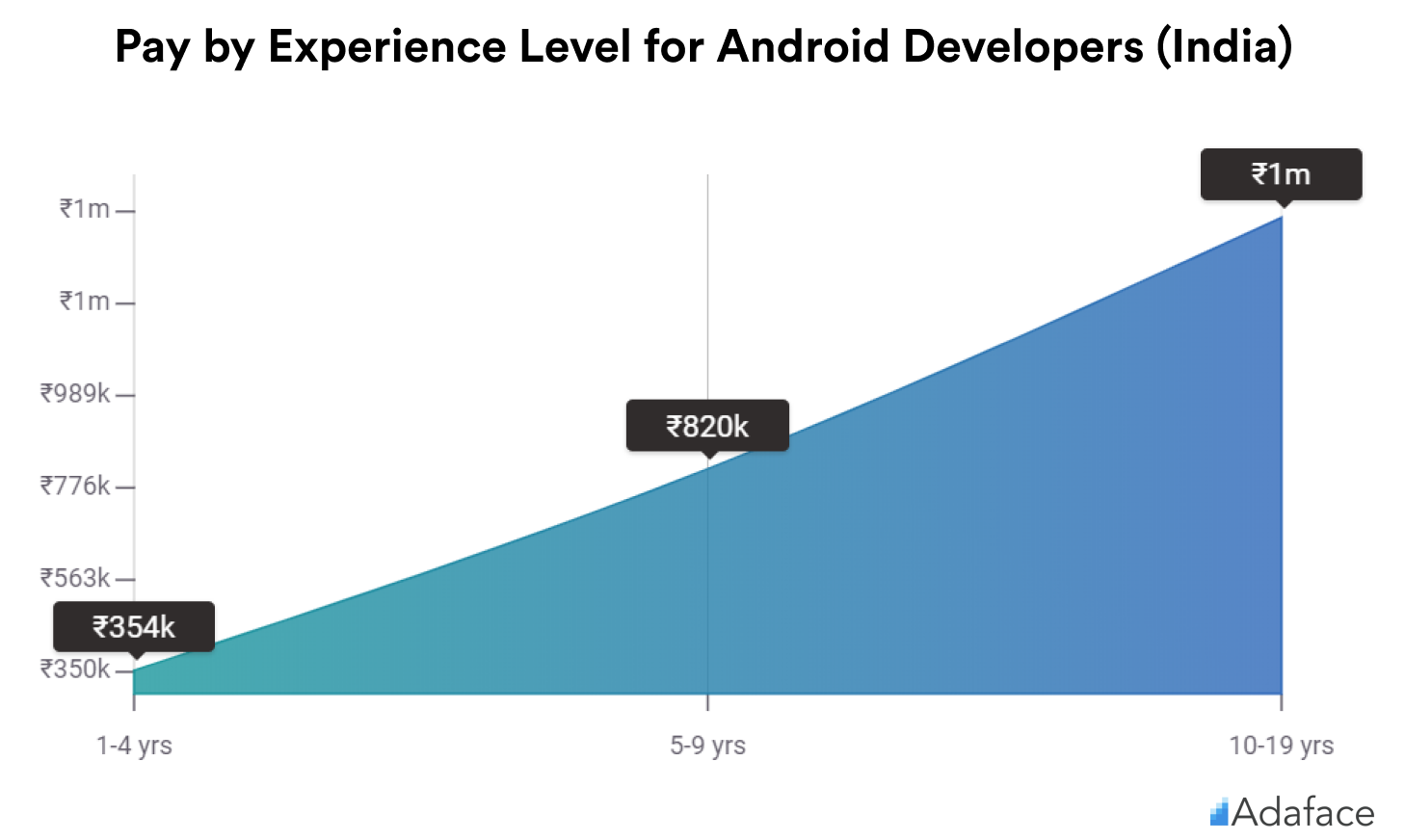 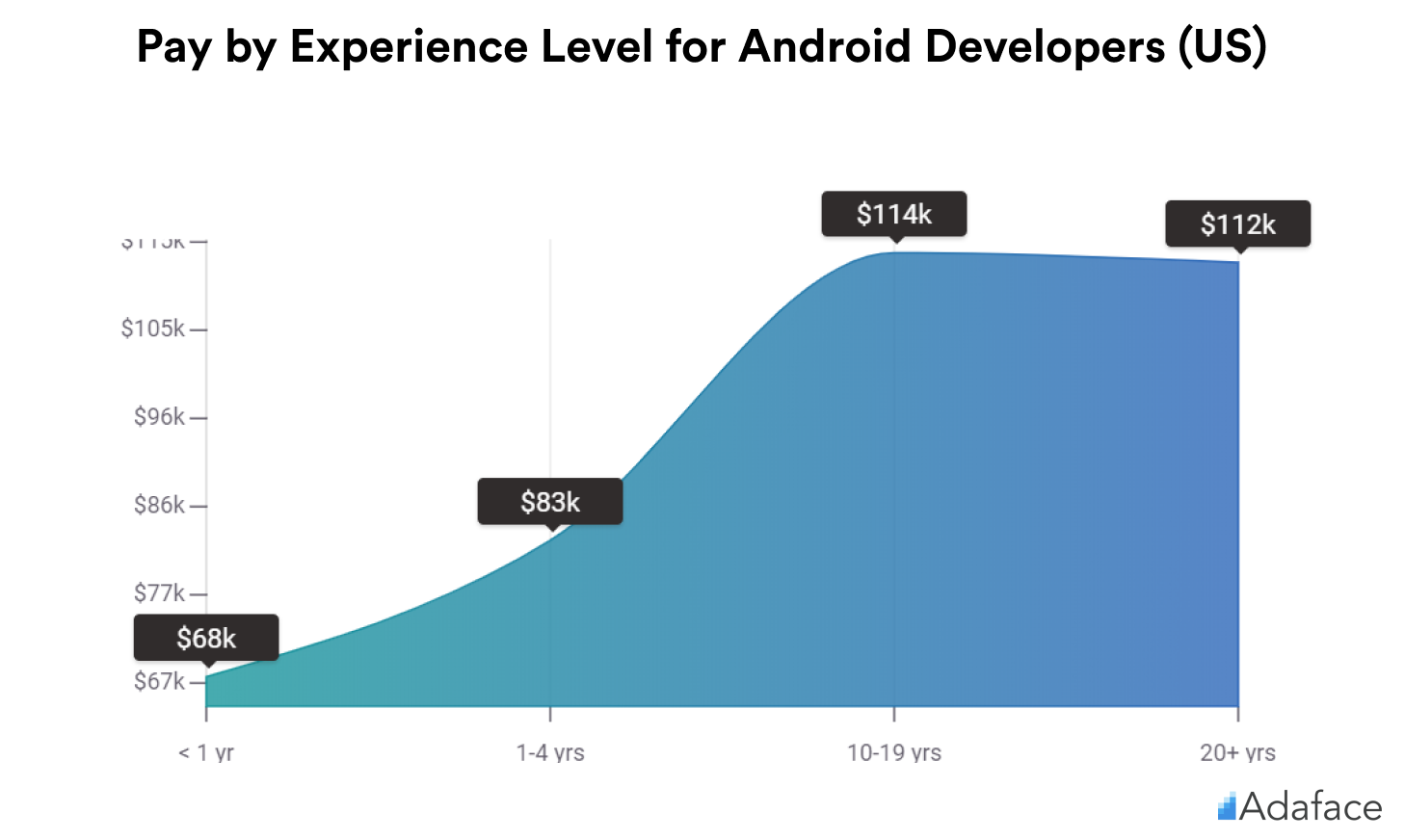 Android Developer Salary based on Skills

According to PayScale, the skills that are likely to increase the salary are the knowledge of C++ and/or Kotlin. Knowledge of data management also influences the salary of Android developers. 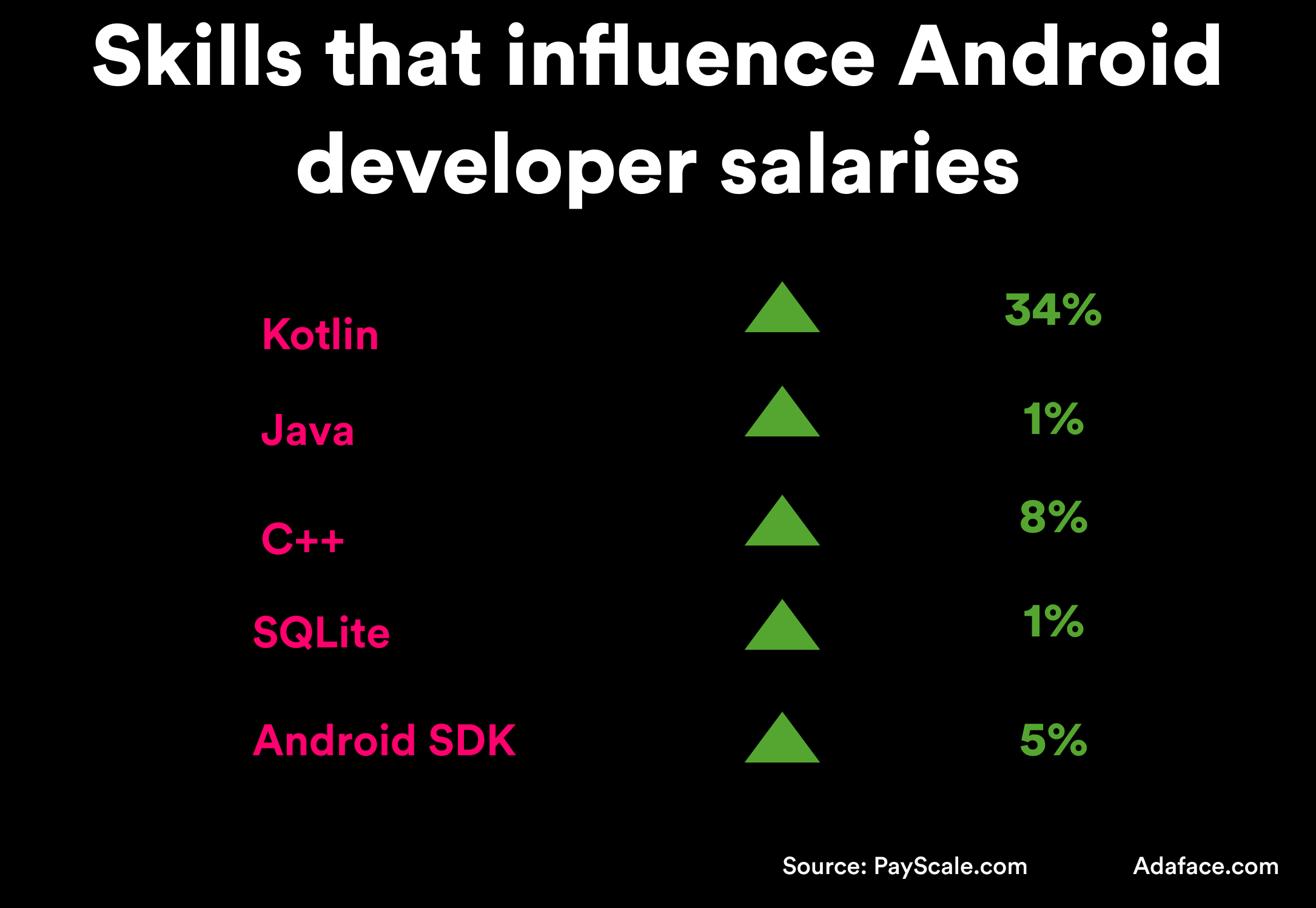 Android Developer Salary based on Location

Location plays an important factor that influences Android developer salaries in countries like India and the USA.

💡 Pro-Tip: Use Android Online Test to assess the basic android development skills of a candidate.

🔥 Hot-Tip: Use our Android Developer Job Description for your hiring needs.

🔥 Hot-Tip: Try our sample Android questions to test your knowledge.